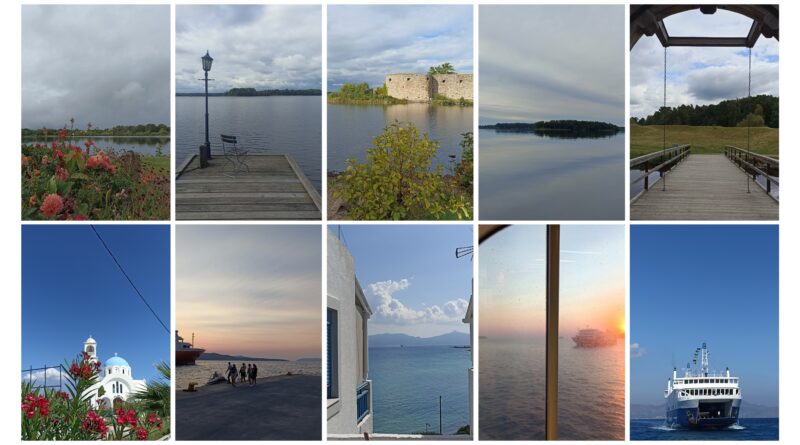 7 days ago at 9:47 in the morning, after having spent a lovely night in the Copenhagen airport, I got off the train in Växjö and officially stepped foot in the Scandinavian countryside for the first time. 7 days before that I was in my swimsuit eating tzatziki with a friend who would repeatedly discribe the Mediterranean sea as a ”jacuzzi”. It´s not hard to assume that 2,223 kilometres make quite a difference.

Greece has a lovely climate in September and October, it’s practically still summer but better, because you can actually enjoy the warm weather without sweating uncontrollably or having tourists overflooding the beaches and skyrocketing the prices . In the very beginning of September though, that was still very much the case. I had a foreign friend visiting me in Athens and we, obviously, had to go through all of the touristic bucket list. One day we took the metro, got off close to the old Olympic stadium and slowly but steadily ended up at the top of the Acropolis Hill. I showed him the view, the mountain ranges surrounding the city from every angle except one, the one with the sea, encircling ancient and hastily built neighbourhoods, some blocks built suffocatingly close to each other, some standing out as architectural masterpieces, all posing for the city that 5 millions people call home. Another day I dragged him to the National Archaeological Museum where we saw ridiculously old artifacts, pre-Roman statuses, Roman statuses, post-Roman statuses (there´s a pattern here) and any kind of deity or mythical creature depicted and preserved via art.

But that´s not what most people think of when they think of Greece during summer (okay, September). They think of the islands, Santorini with the instagrammable white and blue roofs, or Mykonos where every photography enthusiast has to post a reel from. Of course, I had to include them in the ”greek experience”, but since we are too alternative for that (okay, poor), my friend and I spent two days on an island called Agkistri, less than 2 hours away from Athens. We spent most of those two days in a swimsuit enjoying the sun kissing our faces, leaving us with a nice suburn as a souvenir (but also some pretty cute freckles). Agkistri is one of those places where most people know most people and the ones they don’t know they still feel the obligation to feed. We went out late at night to have some traditional food cooked by very friendly people and we had to fight the stray cats of the tavern for a piece of the meat. We lost. We then had some watermelon as a farewell from the chef and went back to our balcony to look at the sea again.

I’ve now been in Växjö for 7 days. I know most people are expecting this part of this post to be a humourous comparison to the aforementioned romanticised version of my country , pointing out how cold Sweden and its people can be but I´m not planning on doing that (this time). That´s not the predominant impression I have from this place so far.

On my first 3 days here, I visited 3 different lakes. I even swam in one which was, in retrospect, a questionable decision. In case you cannot tell, it´s getting pretty cold around here. But I didn´t care because I had to have that experience before winter and thankfully the rest of the volunteers were daring enough to immediatelly agree to come. Solely based on that, I think we’re gonna get along pretty great. So I took my bike, crossed to the other side of the city and met them at the little lake entrance they had spotted next to their house the day before. The day after that I found myself walking towards the Växjösjön lake (I swear they’re doing it on purpose with the vowels) and even though it was raining (an unsurprising event for the third rainiest city in Sweden), I still had to walk alongside it a little bit. Little by little, I at some point realised I had walked too far and I had to do go around the lake to return to my starting point. I have come to the unfortunate conclusion that this country is trying to make me fit. Another day, we went up to the Kronoberg Castle which had a magnificent view of the lake (different lake, this one is slightly more pronouncable, Helgasjön). Right on the edge of the shore there is a platform that leads to the water and I just stood there for an hour taking in the view. I even video called my parents at that point to have them see the beauty I was seeing. Some people were fishing, others were canoeing, one guy passed by me on his canoe and shouted ”hej” at me. It was fun.

Which brings me to the most recurring topic about moving abroad, especially in the north: How is socializing in Sweden? Do people in Sweden even socialize? Well, about the later, they sure do. I see people in all types of relationship everywhere, teenagers shopping on the streets of the city centre, older people hanging out at local pubs, toddlers riding their bikes together and absolutely outrunning me. How it is achieved though, with my 7 days long experience and wisdom in Växjö… I don´t know. Yet. But I´ll figure it out eventually. One afternoon I was at a coffee place with another volunteer and we didn´t know where to leave our plates. We approached two girls that looked more condifent in their abilities to adult and asked them for help. They showed as the way they do it here and then they asked for help for a different issue. My friend, who is French, quickly realised that they too were from France and by talking a little bit we learnt that they were doing an Erasmus semester here, so we were in a pretty similar situation. I immediatelly asked them if they would maybe like to hang out sometime and they said yes so we exhanged contant information before leaving. That´s what my friends and I call ”aggressive socializing” but sometimes it really seems to pay off, so I set a personal goal for the upcoming months : to apply the same technic to more people, maybe locals too. One morning at work we were walking some dogs like we do most mornings (that´s a story for another post). We almost never talk to each other which goes against my every instict but that day one guy asked me something irrelevant, and I grabbed the opportunity to strike an actual conversation with him, talk about Sweden, Greece and then about some series and films we´re watching. He was a bit surprised, but he joined in. For me it was pretty fun, it felt natural, not sure about him but I guess I´ll have more information on that in the next 7 days.

Even writing this post, I have so many intertwining emotions. I´m very much surprised I´ve only been here for a week sinceI have already experienced so many things, which in turn makes me very excited and curious to see what’s to follow. I´m relieved I get on well with the rest of the volunteers and we cooperate very well at work. People at home are nice too. But I also can’t help but feel quite nostalgic dwelling on my last days in Greece, probably because they were particularly fun and full of goodbyes. My everyday life has changed so much and it is bound to change even more. But I’m pretty sure that, if I read this in a year (not to self: do that!) I will easily confirm that living on the other side of the continent was an experience worth having. 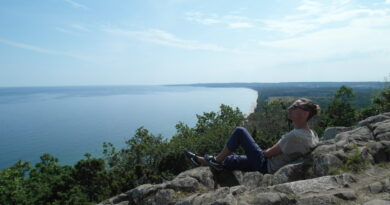 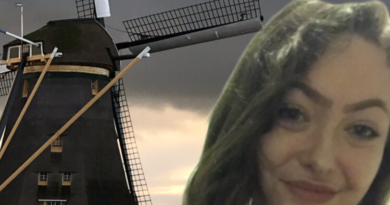 Johanne’s EVS in the Netherlands 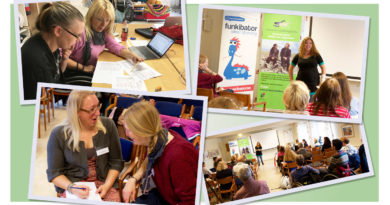