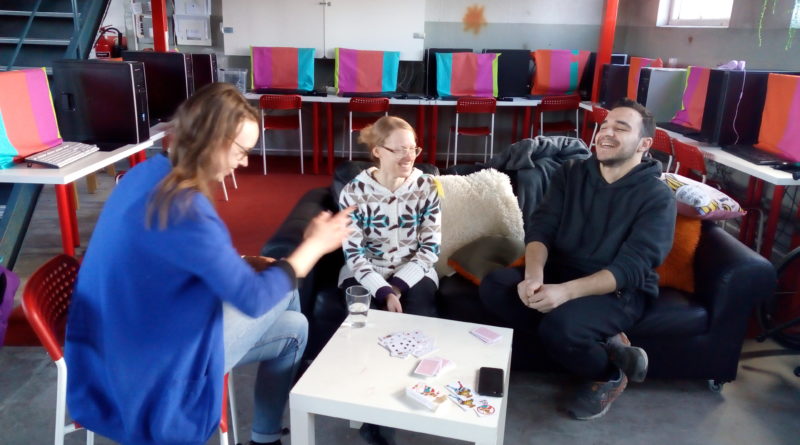 We all wear a pair of glasses that influence how we see the world. As we grow, our glasses are changed by our experiences. Every encounter leaves different colours on our glasses and change our perspectives. Coloured glasses workshop aims to help young people examine their own attitudes toward their culture, as well as to increase understanding of other cultures and global issues.

We gathered in Spektrum in the afternoon. The sun shone through the windows, making it feel almost like summer for a while. I took some biscuits from the table at the entrance and sat down with two Joana and Maria. The workshop leader was Camille from France, who has worked with an organization called Youth for Understanding (YFU) for some time. At the moment, she is doing an exchange visit at YFU Sverige in Stockholm.

Camille gave each group a deck of poker cards and instructions of the game. ”Great! We are going to play a game!” I thought to myself. We were told to read the instructions carefully and discuss it in the group to make sure that everyone understood. Because the next thing that would happen was that Camille would take away the instructions and we would play in total silence.

So we started. The first round was smooth. We played without speaking. Everyone understood the rules. Maria was the winner so she moved to the next table. We had Sara, the winner from another group, at our table. As soon as we started Sara was already very confused with why Joana should be the first one to start. When we put down cards with special functions like 7, 8, Queen and King. She got more confused each time. ”Don’t worry, Sara, we show you how it works,” Joana and I tried to comfort her with our smile/laughter and gestures. I was so convinced that we knew the rules better and Sara was lost because she didn’t remember them well. In her total confusion, Sara won the game and moved to the next table.

When the next winner came to our table, she was also very confused with the rules Joana and I demonstrated to her. Now I started to have doubts about our rules. ”Is it possible that each group has different rules?” I started to wonder. However, Joana and I did not give in to the new comer’s opinions. We continued to play the game our way. At the end, the new comer won again.

Camille lifted the ”silence rule” and we started to discuss about what happened and what we felt in different roles.

”Thea and I were arguing so much about our different rules in the beginning,” Rami laughed while sharing his experience and showed us how they tried to make each other understand without talking, making us all laugh with him. It turned out that in Thea’s group, the oldest person should start the game, but in Rami’s group age was totally irrelevant so he was so confused when she did all the number gestures. They tried to communicate in the beginning and Thea came to realise after a while, that they might have different rules. She then relaxed and adapted to the new rules.

Fortunately, our confused Sara was not the only person who was really confused. 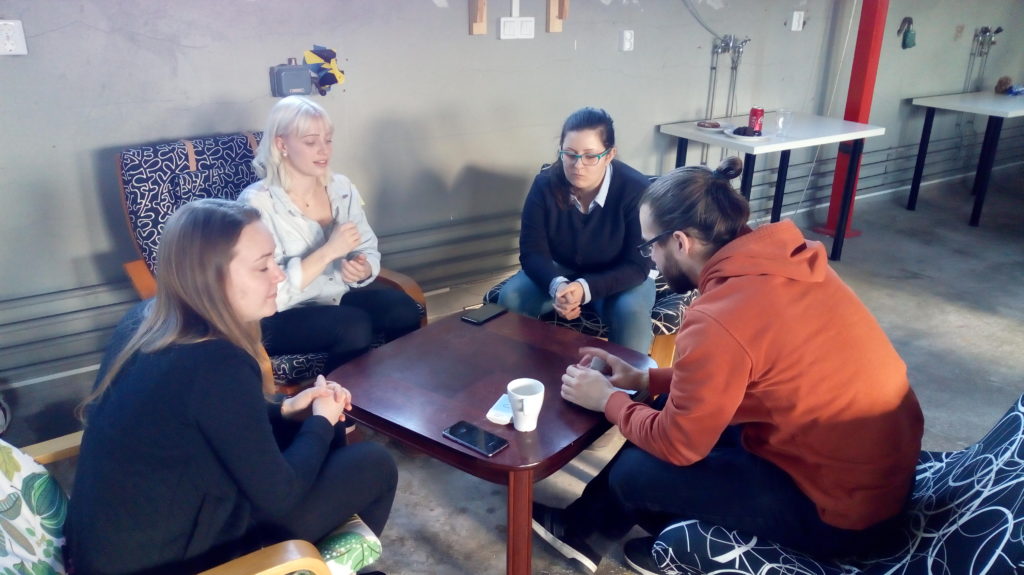 Camille asked us if we ever encountered this experience in other situations. Debby related the understanding and adaptation process with her travelling experiences. ”This happens a lot when one travels,” she said. ”But not only. Even if you move to another city in your country or change school, it can happen. We don’t always think alike but we usually assume that everyone thinks the same as we do,” continued Sara.

It is not strange to assume that people have similar opinions as ourselves, especially when we are in an environment where we feel so sure about and so secure in. However, it is important to understand that this is not always the case. In the game Joana and I did not try to adapt to the new comers, but we tried to introduce/enforce our rules to them in a friendly way and ”helped” them out in the game. They won the games and no harm was done. In other cases, this process could be more difficult, if no one is aware of the differences between different groups and try to respect and understand.

The workshop was a great way to remind us that everyone is different. A simple game can make you reflect a lot! 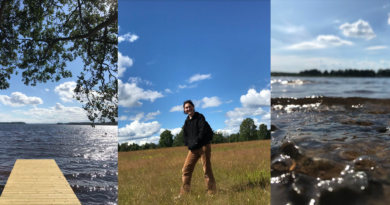 Volunteering in Sweden: what going abroad alone taught me 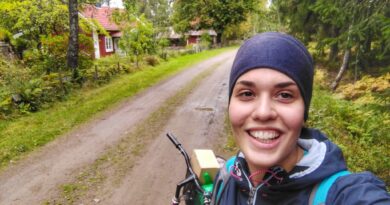 A letter from the Italian volunteer Valeria 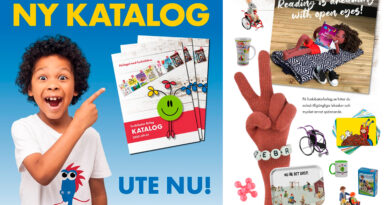