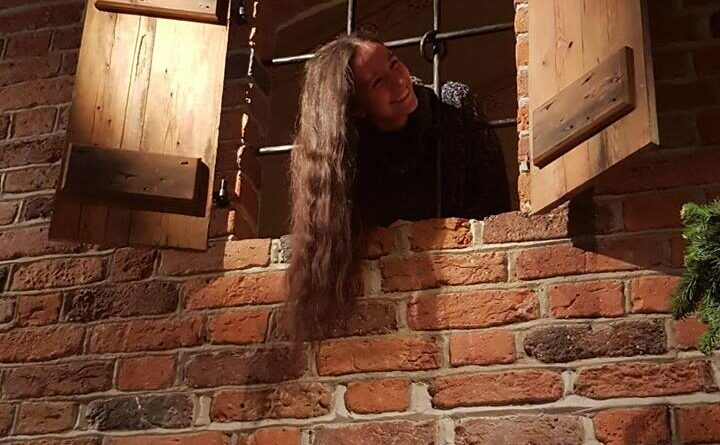 I have always been fascinated with Sweden.
I think it all started when I was a little girl, as I began to read the books of Astrid Lindgren and my father gave me a collection of old Nordic folksongs as a birthday present. My passion for this incredible country grew and grew with every picture that I saw, with every book that I read and with every film that I watched. Finally, when the time came to enroll at one of Rome’s many universities, I decided to pick a course that would allow me to study Swedish literature.

So, when I discovered that the EVS allows you to spend an entire year working abroad as a volunteer, one thought immediately popped in my mind:

I must try it out in Sweden.

I started looking for an EVS project that would accept applications from Italy. I was a little discouraged at first, because I saw that most programs were looking for volunteers from very specific countries, and Italy was not one of them. However, I kept searching and searching and searching. And low and behold, I finally found ONE place that was open to all countries. The project involved working as an assistant in a little exhibition hall in the town of Alvesta, near Växjö. I googled some pictures and saw that the hall was located on the second floor of an old train station and that it shared this space with a second-hand bookstore. To be surrounded by art, music and books… it sounded just like a fairy-tale! I did not waste one minute and immediately applied.

From the very beginning, my EVS was a little out of the ordinary. I had originally applied for a one-year project that would have begun in March 2019. However, I was contacted in September 2018 and was asked if I could come right away, to fill in for another volunteer who had had to interrupt his project half way through. This meant that my project would have only been six months long, that I would not have received a personnumer and that I would have had to pay for travel expenses myself. In a way, it would have been like getting on the right train at the wrong time.

On the other hand, I knew that this meant less competition and a higher chance of being accepted. After giving it much thought, I realized that this was in fact a great opportunity. And so I left for Sweden the following week, just two days before my birthday!

I was immediately welcomed by the warm colours of the Swedish autumn. I had travelled to Sweden once before, but I had never been to the southern part of the country. I had heard so many beautiful things about the Småland region, but what I saw definitely exceeded my expectations. Everything was bursting with colour and life. It reminded me of those great elven bonfires that I had read about in the old Scandinavian ballads. I remembered how the elves used their magic to trick passer-by’s into playing and dancing with them forever. Was I under a spell myself?

Yes, I was… and the spell has yet to be lifted. After so many months, the magic and the mystery of these landscapes are still alive. Of course, the golden flames of the forest have now turned into the frozen secrets of winter. Everything is covered in snow, which protects the promise of spring.  Some had warned me about the gloomy days and long nights of the Swedish winter. However, I was looking forward to the special warmth of Sankta Lucia, Jul and Julafton, the New Year, the Epiphany! How can one be sad when glögg is on the stove and the night is covered in Christmas lights?

I never got tired of my work at the exhibition hall. It is so incredibly fun and interesting! So many artists from all over Sweden come here to share their work with the locals and the many travellers that stop by Alvesta’s train station. Working here has taught me that art can come in many different shapes and forms. Of course, you will always find things like paintings, pictures, books, photos, films, statues, jewellery and ironwork. But then, in a corner, there is an entire cabinet filled with branches and leaves that two ladies picked up during their trip to Russia. One room is filled with old metal signs from the beginning of the XX century. Another room has a giant Pachamama painted on the floor. During the Christmas season, the Utställninghall hosted a pepparkakshus competition, so I came to work every morning welcomed by the smell of candy, chocolate and homemade gingerbread.

I have also taken the opportunity to travel around Småland and do some research on Astrid Lindgren, the famous author of Pippi Longstockings, The Brothers Lionheart, Madicken and many more incredible children’s books. She holds a very special place in my heart, so much so that I have chosen her as the main topic for my Bachelor thesis. When I saw that Alvesta wasn’t so far away from Vimmerby, the little town where Astrid Lindgren was born and raised, I immediately organized a short weekend trip to visit her childhood home and the cemetery where she is buried. And I am not ashamed to say that I spent nearly half of the month’s salary on books and films from the little souvenir shop in the Astrid Lindgrens Näs museum.

However, I do think the best part about the project is working above a train station. I get to meet so many interesting people every day! Every person I meet tells me about the places they have been to and where they are headed next. Sometimes, I just like to look outside the window and watch the trains go by. And I think back to when I decided to leave for Sweden on such a short notice. 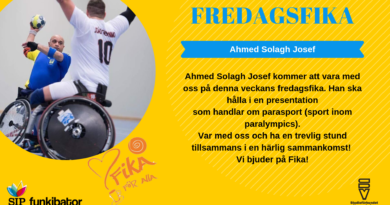 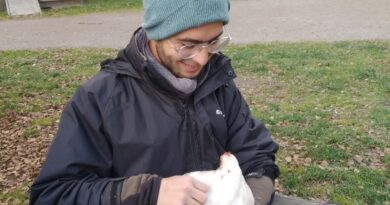 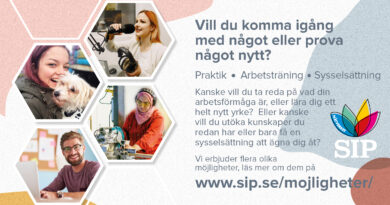